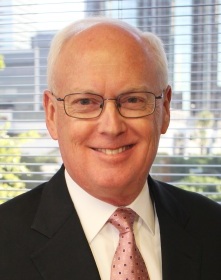 As co-founder of Berkhemer Clayton, Inc. in 1994 and CEO until 2017, Fred has served client companies in most industries by managing searches in finance and accounting, investor relations, corporate communications, marketing, and general management.

After spending seven years in commercial banking, the balance of his career has been in retained executive search, first at Price Waterhouse where at 29 years of age he launched and grew a Los Angeles Executive Search and Human Resource Consulting practice into a western U.S. presence, which included consultants in Newport Beach, San Diego, San Francisco and Denver. He was then a partner in an international retained executive search firm that was acquired.

A University of Southern California graduate, Fred earned a Bachelor of Science degree in Business Administration from the Marshall School and completed an Advanced Professional Development program at the University of Michigan’s Ross School of Business.